Port of Naples - NAPLES AND CASERTA EXCURSION
return to list <

Our English-speaking driver will be waiting for you at Naples’ port on the quay, bearing a name plate with your name on it. After a welcome greeting the tour will start.

Leaving the port we head towards " Bella Napoli ". Naples shadowed by Mount Vesuvius, is a fascinating, charming and exciting city! (You cannot be untouched by or indifferent to this dynamic city)! Originally (Neapolis) was a Greek colony, for 8 centuries it was the capital of the South of Italy and Sicily. Such an important historical past is reflected in its historical centre, and was declared part of Human Patrimony by the U.N.E.S.C.O in 1995. You will visit the Museo Nazionale, which is one of the oldest and most important archaeological museums in Europe. There you will find artefacts from the famous Roman sites of Pompei and Herculaneum, as well as Egyptian relics imported in Roman times, and statues, ancient coins, mosaics etc.
Other important sites to visit: The cloisters of Santa Chiara; the shopping centre "Galleria Umberto"; the San Carlo theatre; the Royal Palace; Piazza Plebiscito and the Maschio Angioino castle. You will have the opportunity to try an authentic Neapolitan pizza, made from locally produced ingredients like San Marzano tomatoes and real buffalo mozzarella from this region.

We will go on towards the city of Caserta, famous for its magnificent royal palace. The royal palace was commissioned by King Carlo di Borbone and designed by the architect Luigi Vanvitelli in honour of the sovereign’s importance in Europe. Work began in 1752 and lasted 22 years. The 45 000 metres square palace is articulated upon 4 courtyards, 1200 rooms, on 5 floors nearly 2000 windows, and an enormous and beautiful garden featuring a marvellous specially designed aqueduct which supplies the many fountains. The palace is a sublime work of art: whilst walking inside its many rooms and halls you will marvel at its countless paintings; statues and frescoes.
After this highly satisfying day out, we will drive you back to your ship. 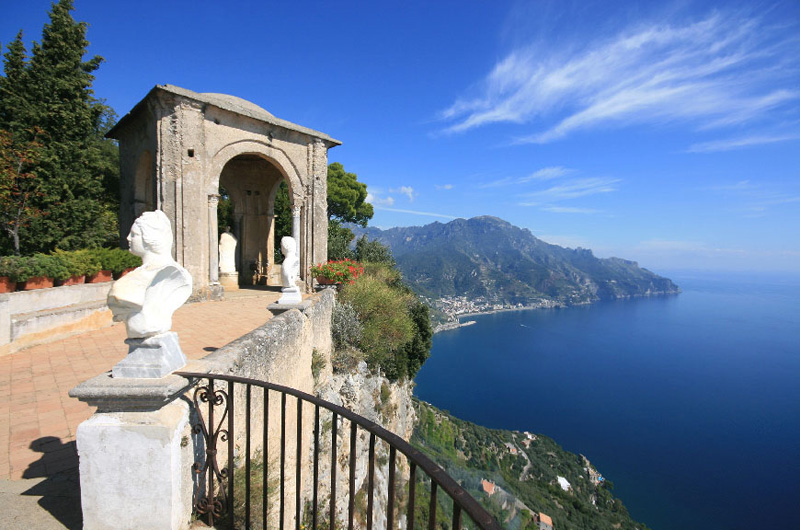 Information-sheet in compliance with article 13 of law no. 196/03 on the handling of personal data and information
We hereby inform you that your personal information and data will be handled in our electronic and/or paper archives, in strict compliance with the measures laid down by the mentioned law. We hereby guarantee that all data and information will be treated as strictly confidential and handled for the purpose to supply you with the requested information. Mandatory fields are required and must be filled in completely, otherwise it will be impossible for us to supply you with the detailed and correct information. Your personal data and information will be treated by our booking staff and will be cancelled at end of the season, unless a reservation had been done. The data and information handling as required by the above is of no prejudice to the rights granted to you by article 7 of the mentioned regulations; Holder of the data processing is: Sergio Barbaro - Via Chiunzi, 129/A - 84010 Maiori (SA) - ITALY - VAT ID IT03556510653